Kodak Disc 8000 Camera & Case S8-4541
In good cosmetic condition, this hasn’t been tested. Sold as found, this would make a excellent display piece. Originally owned by Richard Ferris, Managing Director of the South African division of Kodak.
About Richard Ferris

A part of the Richard Ferris collection. Richard Ferris worked at Kodak for over 40 years, Starting work in the UK in 1947 as a sales rep, developing photos in the back of a Kodak van, he began a career with Kodak at its peak that would last decades, and cross continents.

From 1955 his work in sales would take him to Rhodesia, as it then was – the first commercial photographic venture to do so in the region – from which he would rapidly rise through the ranks. By 1959 he was the technical sales manager for all of Rhodesia, where he would work until 1968.
From there he moved to Singapore, where he would become general manager and managing director of Kodak in Singapore in 1975, grossing $20 million in sales in 1976 and directing activities in a swathe of the Far Eastern region from Thailand to Indonesia. He then returned to Africa as managing director of the near entirety of the South African region, until his retirement in 1986. 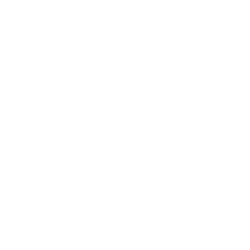